You Don't Need to Beg! 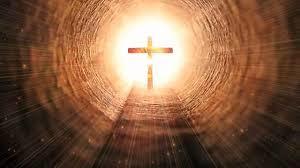 2 Kings 8:5-6 “Just as Gehazi was telling the king how Elisha had restored the dead to life, the woman whose son Elisha had brought back to life came to beg the king for her house and land. Gehazi said, “this is the woman, my lord the king, and this is her son whom Elisha restored to life.” The king asked the woman about it, and she told him. Then he assigned an official to her case and said to him, “Give back everything that belonged to her, including all the income from her land from the day she left the country until now.”

God is a God of Timing! Especially when you are under the will of God, He works everything out in your favor. Will you believe this today? In the Scripture we are glancing at today, a woman that Elisha had restored her son back to life obeyed his command to leave her home and to go to a foreign land for 7 years because a famine was coming. Without hesitation she obeyed him to the exact number of years that she was supposed to be away from her home.

Once these years were completed, we are informed that she returns back with a purpose to beg the king for her house and land. But little did she know, God was already setting things up for her arrival. Not only did she get to see the king,  but when she arrived it was in the middle of a conversation that was had with Gehazi (Elisha’s servant) and the king.

This was the perfect timing of God!  Her obedience to the word of the Lord through the prophet not only saved her family from a famine, but it set her up for an even amazing encounter with God as he worked things out for her while she was on her way back!

She happens to walk into the middle of this conversation and then becomes a living testimony to what God had done through the prophet!  She didn’t need to BEG!  She just needed to show up! I don’t know about you, but this just makes me want to shout right now! Whoever is taking the time to read this, I am declaring favor over your life, and declaring that this will be the year of your comeback!

Prayer!  Lord, I declare favor right now over my life! Restore the land that was taken from me and give me favor to not only regain what was lost, but also restore to me all the income that pertains to me!  Amen!  I am praying this over your life right now! You just declared it and believed it! Now open your hands and receive your blessing! Remember, you don’t need to beg! You just need to show up!

Feb 21
A Cry for Compassion

Take it Off! You Don't Need to Beg! Bring Me a New Bowl